A Positive Side To A Pandemic and World War…? 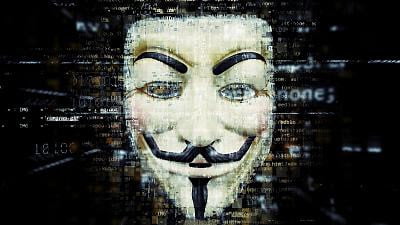 A Positive Side To A Pandemic and World War…?

So, here we are, just 3 years ago the world seemed a totally different place to how it feels now.

Could any of us have foreseen months and now years of the COVID decimation of health and life itself?

This has become something of a backdrop to a globe now focused on a potential World War 3 in the shadow of the “Special Operation” in the Ukraine.

Economies were already wrecked by the pandemic….but the Spec Op has added dire consequences around the globe.

So, where are the positives in any of that?

Well, there have been Global issues on the cards since 1896 [Svante Arrhenius a Swedish Scientist published a paper about human use of fossil fuels and the effect of that raising the planets average temperature]….yup….global warming isn't a recent  issue.

Now for all of the time since then, yes there have been both governmental and citizen based discussions, and a deal of action to raise the profile of this problem and create resources to counter it.

However, by and large, voices went unheard, projects to counter global warming generally have been token…..and perhaps some of that has been down to the oil giants grip on the world economy and governments tax angle on it all….I may be wrong.

The pandemic changed the dynamic of work and industry…suddenly people were either pivoting into remote jobs, many lost their jobs and had to become creative to survive.

Industries crumbled but some regrouped and got creative.

The world of online ecommerce grew massively in the first year of COVID….hey, it was on a growth trajectory but not as steep and fast as this. Everyone knew it was “on the cards” 30 or 40 years ago….”it's  the future”….and then we woke up and it was here…out of necessity.

Cultural and economic reforms began to be hastened in and the public started to realise there was no going back to how it used to be. People have taken a look at their work lives, or for those unfortunate not to have incomes, what their game plan is.

Populations are migrating, moving to enjoy the coats or the country, if they are fortunate enough to be able to work remotely.

People are downsizing in an effort to reduce outgoings and realising they don't actually need lots of empty rooms to live in.

And now we have the “Putin Effect”, this has brought the awareness of fuel and food shortages to the forefront of everyone's minds.

Now there is a scramble for countries to work out how they can create eco-friendly power systems to counter the stranglehold of the oil and gas shortages….renewable energy….gosh who would have thought!?

Alternative lifestyles, homesteading, self-sufficiency and off the grid living have become the goal for vast numbers of the world population….go off grid, get a renewable energy set up, grow your own  produce….helps people and the global warming situation to some extent.

Let's just hope the new global focus on global warming, although boosted by pandemic and war, can have a positive impact on the future of the world.