How To Make A Perimeter Alarm 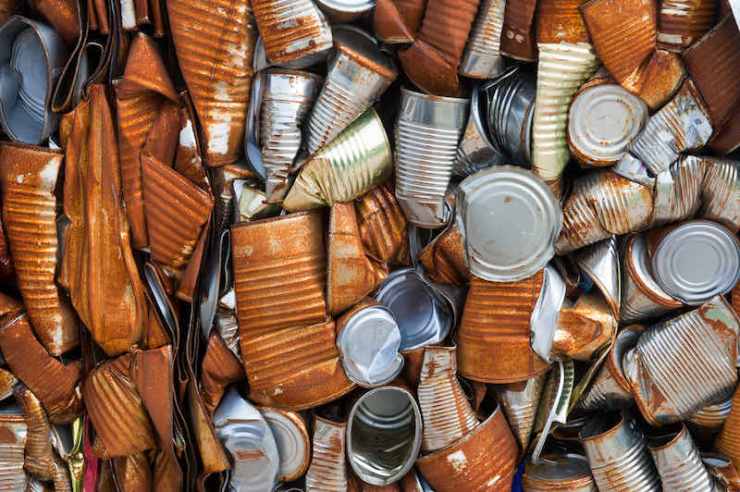 A high-tech, modern, laser-equipped, wireless perimeter alarm system is great, but it won’t be of much use when you’re in a crisis situation with no access to electricity. Keep reading to learn how to build a makeshift perimeter alarm using common, everyday items.

Step-by-Step Guide on How to Make DIY Perimeter Alarm

Looking for perimeter alarms for yards and campsites? Here’s a simple, low-cost makeshift alarm you can attach to your gate, door, or fence.

It’s simple, easy to make, effective, and most importantly, you can make one using common materials you can find on your, whether you’re camping in the woods or hiding inside your home.

Step 1: Tie the Cans Together

Grab your fishing line, then tie the aluminum cans together. Make sure to dent the cans up a bit so their corners would always bump next to each other even at the slightest rattling.

If you don’t have good hearing or want to make the alarm a bit louder, place a few small pebbles inside the cans. Don’t fill more than 1/4 of the can with stones. Otherwise, the cans will be too heavy and compromise the integrity of the wire or fishing line holding them up.

You can place this alarm on your gate, fence, or door. If you’re out in the woods, install the alarm on a nearby tree with a vertical Y-shaped branch.

Also, it would be best to have some foliage, shrubbery, or bushes in the areas surrounding the trap. The goal is to keep your alarm discreet and hidden. Both beasts and humans shouldn’t be able to detect the wire or fishing line trap you’ll be setting up.

Use your wire or fishing line to tie the cans to the door, fence, or gate you want to place an alarm on. The cans should be hanging in the middle of two sills or branches.

Make sure the cans won’t hit the sides. They need sufficient space to gain momentum when shaking and cause a loud sound that you’ll be able to hear even if you’re asleep.

Afterward, use the wire to tie another horizontal loop around five inches under the cans.

For the trigger, you can use three thin sticks. Chop the sticks so that you’ll one stick as long as your forearm, one as short as your index finger, and another that fits in between the gap between the branches, door sills, or fence pickets you’ll be attaching the alarm to.

Step 5: Set Up the Trigger

Once you have the sticks ready, it’s time to attach them to your makeshift alarm. The idea is to tie these sticks to a wire or fishing line, then position them just under the can. They should cause the cans to fall or clank in case a trespasser steps on the wire trap—which you will be installing later on.

First, take the stick as large as your forearm and tie it to the fishing line under the aluminum cans. The top of the stick should press firmly against the cans. Note that leaving even a few centimeters of space might compromise the overall efficacy of your alarm.

Finally, take the shortest twig and place it in between the horizontal and vertical stick. This is the trigger stick tied to the wire. If this stick falls, the stick as long as your forearm will knock the cans and cause a commotion.

Once your alarm is ready, it’s time to establish the trap perimeter. Now, the main thing to consider here is the size of the area you want to protect.

For example, you’d want to wrap the wire around all possible points of entry and exit within your living space if you’re hiding out in your home or a bunker. You’ll be using a lot of wire.

Meanwhile, if you’re setting perimeter alarms for camping sites, you can make do with a smaller perimeter. As much as you’d want to create a trap that spans the entire area around your campsite, it’s not possible.

The best approach here is to pick one or two spots to place the alarm in. As a precautionary measure, you can opt to scatter other noise-making items like cans, pans, and or aluminum sheets around the areas outside your perimeter.

For the final step, it’s time to set the alarm. Tie the fishing line or wire to your trigger stick, then pull the wire back until it spans the entire perimeter you established earlier. Make sure the wire is tightly stretched. A loose, flimsy wire won’t have enough force behind it to set off the alarm.

For best results, cover the wire with some leaves and shrubs. Ideally, you’d want the wire to blend in with the surroundings so the intruder doesn’t see it from afar.

Check out this video by BlackScoutSurvival for a visual guide on how to make a simple, low-tech, yet efficient perimeter alarm:

Whether you’re using a modern, laser-equipped, state-of-the-art alarm or just a bunch of tied-up tin cans attached to your door, the purpose of a perimeter alarm will remain the same: to warn you of intruders. Abandon the idea that you can only use modern, high-tech alarms. In fact, you’ll likely have no access to electricity or batteries, much less a laser-powered alarm, during crisis situations, so you’ll have to be creative.

Also, bear in mind that alarms are no more than warning signals. You’ll need to have other weapons at your disposal. For maximum safety and efficiency, make sure you have at least a reliable rifle, handgun, and hunting knife on you at all times.

What do you do to keep your home or camping site free of trespassers? Share your DIY perimeter alarm setups with us in the comments section below!

Calling all preppers, craftsmen, bushmasters, outdoorsmen and all around skilled people, Survival Life needs YOU! Click here if you want to write for us.